An alternative approach to Risk Management delivered by someone who has been at the “sharp end”.

Based on experiences from both his military and civilian careers Tony will present, facilitate and co-ordinate  this interactive workshop will allow attendees to consider a number of issues and to develop their own bespoke alternative risk management plan appropriate to their industry/organisation. 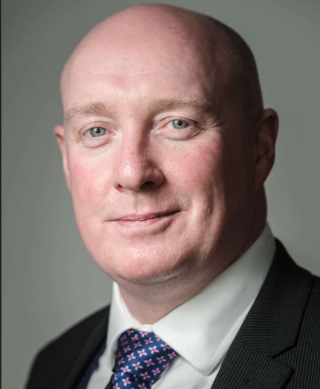 Tony has had a full 22-year military career, serving worldwide mainly in the field of logistic support, however, for a diplomatic role in Africa, his career focus became intelligence and security. Deployed to the British Embassy in Angola in 2001 while Angola was still at war, Tony’s role included overseeing local, regional and sub-sahara Africa security, which included developing evacuation plans for the large British oil and gas community based in the region. Tony retained his military contacts and his security eye, completing an MSc in Security Management (Loughborough) in 2011 and undertaking Terrorism Studies at the University of St Andrews. Since 2013 Tony has supported the Oil and Gas sector and worked the ranks from Project Manager, to Operations Manager and finally Business Development Director of Africa, whilst dually, being appointed GlobalScot by the First Minister of Scotland, a business ambassador role where he assists Scottish & Africa businesses successfully collaborate.

We are no longer accepting registration for this event
We use cookies to ensure that we give you the best experience on our website.
I accept