PMI UK Webinar: How wisdom can make you be a better project leader. 24th May 2022

PMI UK Webinar: How wisdom can make you be a better project leader. 24th May 2022 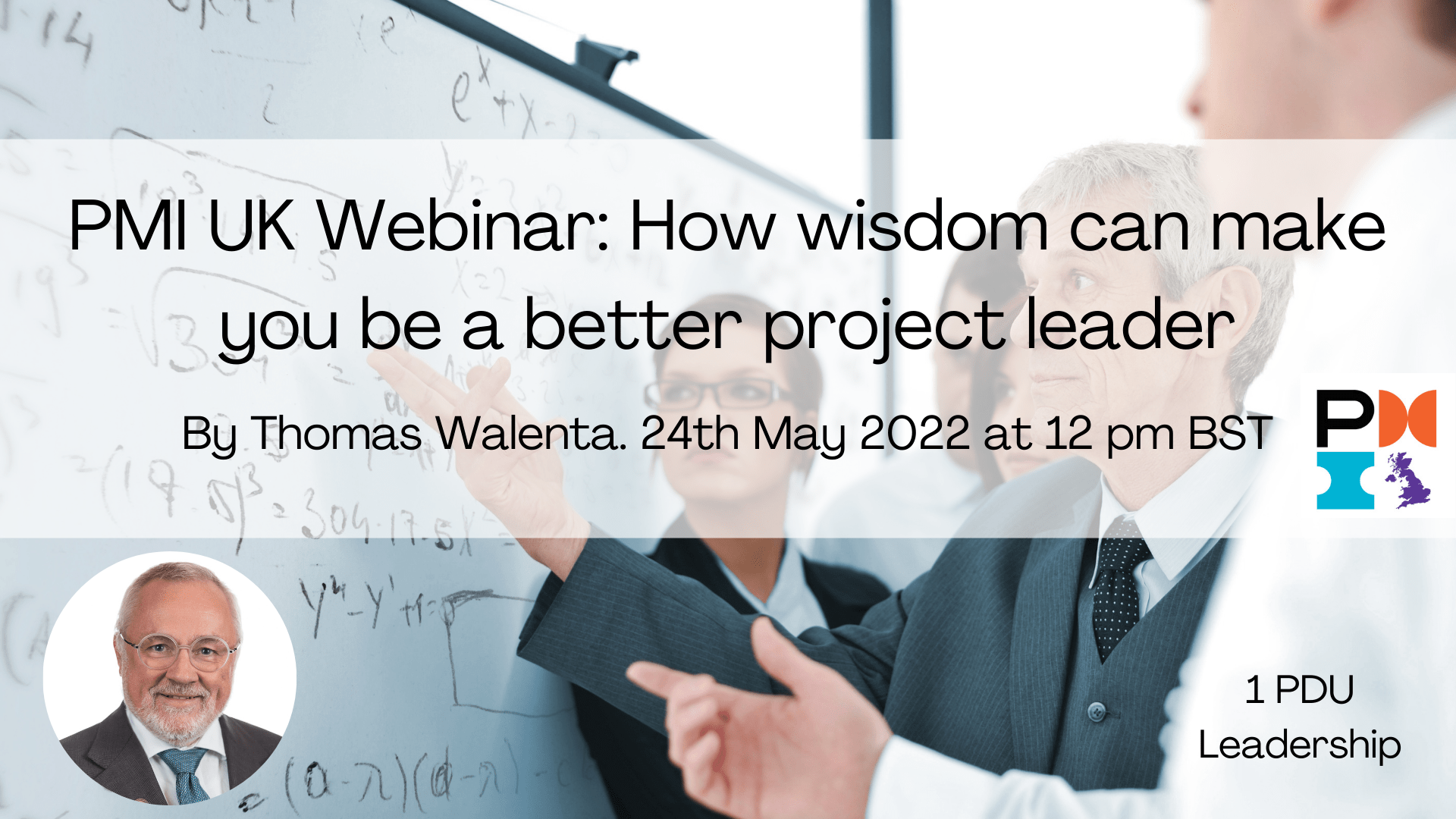 We recognise wisdom when we see the attitude and behaviors of wise people. Not only old people are wise, Alexander the Great was under 30 when he wisely solved the Gordic knot. King Salomon is famous for his wise and fair judgements, after 1000s of years.

Wisdom is regarded an inherently positive characteristic of humans. It can be defined as the capability to tackle any problem that life presents to us, and this includes business and project problems. Some say wisdom is exactly the goal we all strive for in life.

Psychologists at the renown Charite hospital in Berlin, Germany, research about wisdom as a relief for mentally challenged like suicide candidates and depressed people. They found 10 features of wisdom we all can build on to be become wiser (and more resilient) and suggested therapies to build these features.

Thomas Walenta, PMP, PgMP and PMI Fellow worked for IBM from 1983 to 2014 in a variety of client projects, programs and PMOs, in multiple industries, geographies and cultures. He worked in his first project 1974 and build his first PMO from 1995.  In 2017, he achieved the diploma in company direction from IoD UK.

Thomas is a member of PMI since 1992, and of GPM/IPMA since 1995. As a PMI volunteer from 1998, he led the PMI Frankfurt Chapter for 8 years, was elected to the PMI Board for 2 terms of 3 years each and was a member of the PMI Ethics Review Committee for 6 years.

He is a keynote speaker since 2000, presenting at conferences globally.
In 2012 he was awarded a PMI Fellow.

Today he is coaching, teaching and mentoring. He considers himself a Global Project Economy Expert, covering all aspects of a new project management paradigm for people from 5-75, across all value delivery frameworks and helping the global society to improve.