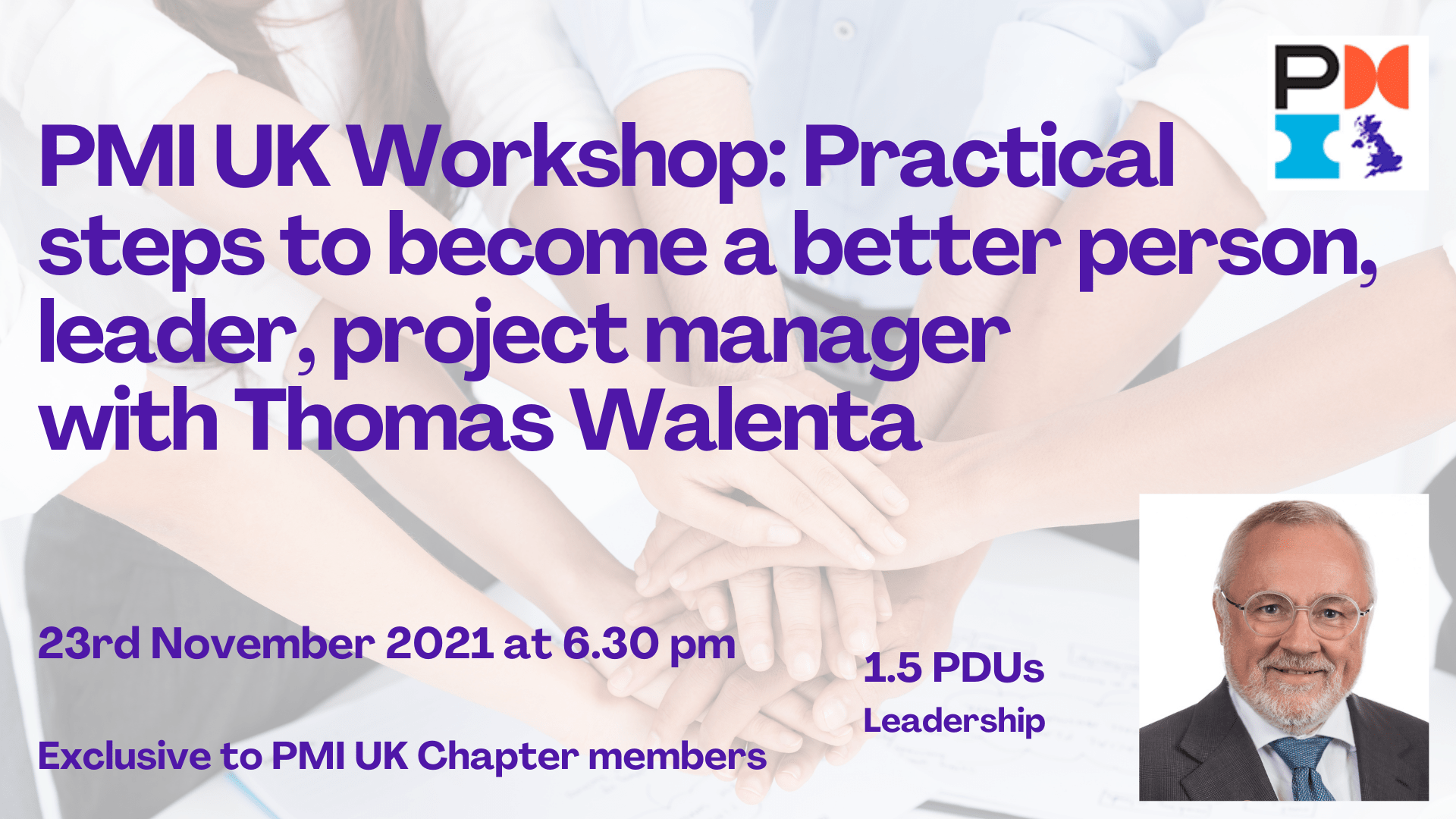 Open the door to improve your lifelong journey maturing into a humble & wise leader
(or: Grow up!)
There is theory and exercises:

Thomas Walenta, PMP, PgMP and PMI Fellow worked for IBM from 1983 to 2014 in a variety of client projects, programs and PMOs. He served in his first project 1974 and build his first PMO from 1995, leading teams from 5 to 120 people, onsite and remote.

He is a member of PMI since 1992, and of GPM/IPMA since 1995. As a PMI volunteer from 1998, he led the PMI Frankfurt Chapter for 8 years, was elected to the PMI Board for two terms of three years each and was a member of the PMI Ethics Review Committee for 6 years.

Thomas is a keynote speaker since 2000, gave more than 30 webinars to Chapters during Corona.

Today he is consulting, teaching at the University of Darmstadt, and mentoring more than 10 individuals. He considers himself a Global Project Economy Expert, covering all aspects of a new project management paradigm for people from 5-75, across all value delivery frameworks and helping the global society to improve.

Please login to register for this event