Transforming the Net Zero Landscape through the Power of Projects - Blog

Transforming the Net Zero Landscape through the Power of Projects

We are at the gates of a second epochal industrial revolution. The first started in the UK in the 18th century and was characterised by the introduction of mass production machinery and the energy needed to drive it.

Energy has irreversibly transformed the way we live, both from a social and technological point of view. However, since our energy has been, and largely still is, generated by the combustion of fossil fuels, collateral damage has been caused to the environment that compromises the very liveability of the planet. Still further damage has been caused from industrial production through many forms of downstream pollution.

Stopping the suicide of humanity (since we have no nearby planets to emigrate to) is an imperative that cannot be postponed.

There is a solution: a second industrial revolution consisting of a transition to alternative energy sources that do not harm the environment and stopping and reversing the pollution generated downstream. The concept of a 'Revolution' must be emphasised – a time of great imagination and progress, one that includes major changes in culture, economy and socio-political institutions, and that marks an irreversible and often traumatic break with the past.

However, winning this revolution is not easy, because globally the demand for energy is increasing, Change is resisted for several reasons: some populations aspire to improve their conditions in the short term; for others it is not so easy to find economic or otherwise acceptable alternative sources; others are simply reluctant to change their status quo.

This is not the first time that PMI UK Chapter has talked to members about these issues and the implications for project management, but it is certainly worth reminding ourselves of the facts,

The Paris Agreement was the first universal and legally binding agreement on climate change, adopted at the Paris climate conference (COP21) in December 2015. It established a global framework for avoiding dangerous climate change by limiting global warming to well below 2°C and continuing efforts to limit it to 1.5°C relative to pre-industrial levels. It also aimed to strengthen countries' capacity to address the impacts of climate change and to support them in their efforts. The Paris Agreement is a bridge between today's politics and climate neutrality by the end of the century.

As part of the agreed goal of limiting temperature rise, Governments undertook to make global emissions peak as soon as possible, while recognizing that developing countries will take more time, and achieving rapid reductions subsequently, according to the best scientific knowledge available, to achieve a balance between emissions and removals in the second half of the century.

As part of the agreement, each Government submitted national master plans for climate action (Nationally Determined Contributions (NDCs)). These are not yet sufficient to achieve the agreed targets regarding temperature, but the agreement outlines the way forward for subsequent actions.

The 2021 UN Climate Change Conference, also known as COP 26 (26th session of the Conference of the Parties) will take place next 1st – 12th in Glasgow and is hosted by the UK in partnership with Italy. COP 26 is significant because it will be the first COP to take place after the landmark 2015 Paris Agreement's measures take effect, and the first opportunity for the 150 nations to come together to review commitments and strengthen ambition.

Whatever the strategic indications that governments agree on, they will have to be translated into genuine action through projects. To highlight the order of magnitude of the investments we are talking about, it is worth quoting Mr Mark Carney, ex-Governor of the Bank of England governor and now United Nations Envoy for Climate Action and Finance:

'Every year, for the course of the next three decades, there will be investments of $3.5 trillion (£ 2.5tn) per year, for 30 years. It is an enormous investment opportunity.'

Words must be translated into action through projects. This is where the PMI comes into play as the world's leading association for the project professional.

COP26 is an event of the utmost importance for project management both in absolute and strategic terms, being several orders of magnitude higher in importance than any other typical business project (even 'mega-projects').

And this event is particularly important for the UK, both because of its shared Presidency, and the fact that it now represents a sovereign nation, rather than part of the EU. It is also significant in terms of the massive investment that the UK (as well as all other parties) must commit to. It is unsurprising therefore that Alok Sharma MP has moved from his position as Secretary of State for Business to the dedicated key job of running COP26.

To focus on the special importance that COP 26 has for the PMI UK Chapter Members, the PMI UK Chapter will be hosting a COP26 stepping-stone event 'Transforming the Net Zero Landscape through the Power of Projects' to be held virtually on 19th-20th October.

The conference aims to examine the 'Revolution' from the point of view of the project management profession. The presentations and debates will focus on the actual energy landscape versus the expected energy landscape and on the projects through which this transformation is made possible. Presenters include not only experts in their fields (both industrial and academic), but also representatives of government and relevant agencies such as the Environment Agency.

In addition to presentations there will be many case studies and good practice sessions, and the opportunity to network widely.

We look forward to seeing you at the conference.

And click this link to register your free place

Franco is an engineer whose career in the oil and gas sector transitioned through design engineering to project management to eventually become Managing Director of a major international engineering and construction company.

Franco founded the PMI Rome Chapter and served for several years as its President. 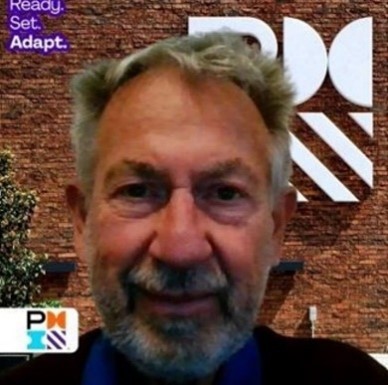 Tweet
SEVEN THINGS PROJECT MANAGERS CAN DO ABOUT CLIMATE...
The PM Book Club and The Brain Rules

No comments made yet. Be the first to submit a comment

By accepting you will be accessing a service provided by a third-party external to https://www.pmi.org.uk/