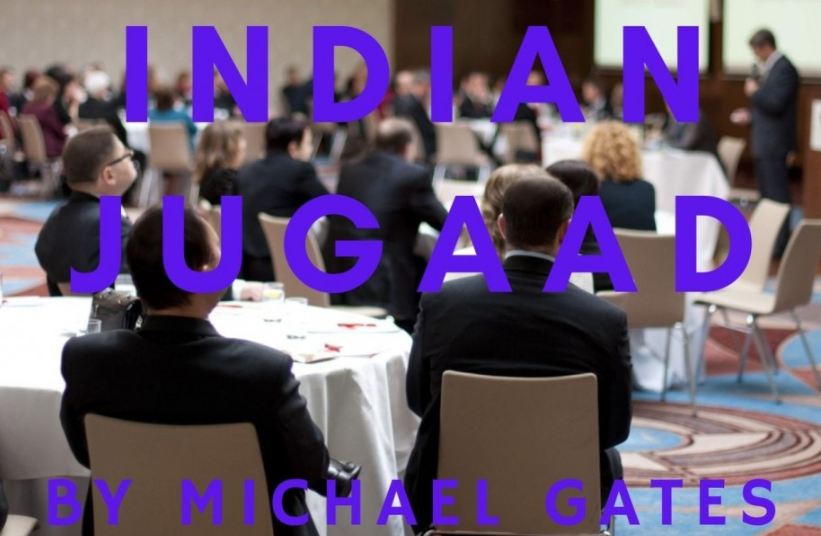 Following my recent PMI UK webinar Working successfully with the Indian Culture, here are some thoughts on Jugaad – a concept I mentioned during the session.

As a cross-culturalist, it is fascinating to become immersed in a less familiar culture and find out something new. It tends to happen quite quickly, as you have an idea in advance of the sort of thing you are looking for. For me, it is to find qualities which are not found in quite the same form anywhere else. Defining concepts which capture in brief the essence of a culture – such as Finnish sisu, German Ordnung, or Korean kibun.

In India recently for a workshop tour to Bangalore, Mumbai and Delhi, I was about to start for the day when the organiser said there was a problem with the projection screen. It was a metre too low, so those at the back would not have been able to see the bottom of my slides. He called over the lone technician at the 5-star hotel conference centre and told him he had 10 minutes to resolve the situation.

It was a huge and heavy screen with a large wooden surround with the management school's logo on it. Impossible to lift alone. Within seconds the room was bustling with people, ranging from the conference centre manager to kitchen staff. Trestle tables starched white cloths, various random pieces of wood, ropes, hammers, and nails appeared. The screen teetered into the air precariously, just missing the rather large chandeliers. A collective effort raised it onto the now neatly covered tables and a disorderly banging and shuffling began behind it.

When the course participants began filing in, the set-up was perfect: screen one metre higher, looking as if it had always been like that. Not a workman in sight. I glanced behind it and observed that it was held up by a Heath-Robinson-style, rickety wooden framework secured by long guy-ropes. It served its purpose all day. Next morning the screen was in place, invisibly and professionally.

Asking my Indian friends about this later, they said it was a perfect example of Jugaad – best described as a sort of hurried collective resourcefulness. It's finding an alternative, laterally-thought out solution – which somehow works against the odds.It's gaining time by acting before the proper means to carry out the job arrive. It's maybe using your connections, and possibly bending some rules along the way.

In concrete terms, a Jugaad is also a locally made motor vehicle used mostly in small villages as a means of low-cost transportation. It's made by carpenters, who fit a diesel engine to their contraption. The brakes often fail – but, no worries, a passenger will jump off and apply a manual wooden block as a brake. More Jugaad, in other words.

Jugaad can also be used in the context of management. In the West we may sometimes be hidebound by our solid structures and processes, too tied to facts and rules. Jugaad is a sort of out-of-the-box and network-style thinking that could serve us well in times of change, crisis and in extreme circumstances. It requires people to use skills outside the ones they may have been employed for, and which usually go unexploited. It requires strong collaborative skills. It means an open mind and boundless flexibility.

A comparative report by McKinsey on the relative strengths of India and China identified Indian flexibility as a key 'soft competitive edge' that India has.

In our post COVID world it is likely to be the bold, the flexible, and the resourceful who survive. We can learn a lot from India.

This article has been adapted from one I published in 2009. Three years later a whole book on the topic appeared, Jugaad Innovation: A Frugal and Flexible Approach to Innovation For The 21st Century written by a group of Indian professors. 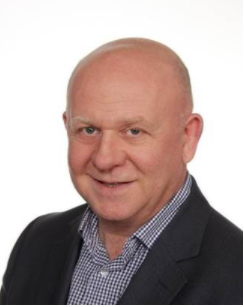 Tweet
What has COP26 Got to Do with Project Management? ...
5 winning tips for pitching for business as a Proj...

More posts from author
Thursday, 08 April 2021 How to improve decision making by regular review of the business case by Helen Winter
Wednesday, 17 March 2021 What has COP26 Got to Do with Project Management? by Franco Guarrella
Wednesday, 03 March 2021 5 winning tips for pitching for business as a Project Manager by Ed Lamb

No comments made yet. Be the first to submit a comment

By accepting you will be accessing a service provided by a third-party external to https://www.pmi.org.uk/